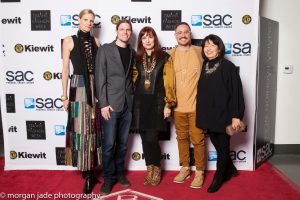 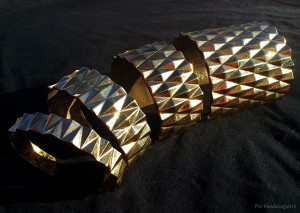 At Omaha Fashion Week Fall 2015, Phil Hawkins debuted his patented handmade wearable art. His crossover from the art world to the fashion world exhibited his wearables in front of a stunning on-site installation design at the OFW Pre-Party. The successful debut sparked a working relationship between Omaha Fashion Week and Phil Hawkins, which eventually led to serving on the 2016 Spring Jury Selection Committee and participation in future OFW events. The Josyln Art Museum was the first to carry Phil Hawkins wearables and they have also transcended the Midwest and have caught the attention of Los Angeles artists, Art collectors, Art galleries, and had a feature in the Vogue Spain magazine. In a little over a year, Phil Hawkins wearable art has made an undeniable impression and impact both nationally and internationally and he plans to continue developing fashion and wearables as another facet of his brand. 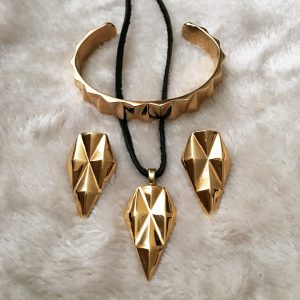 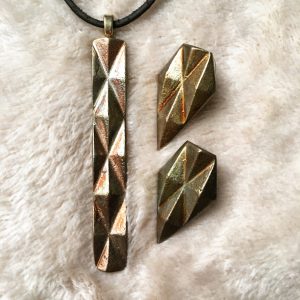